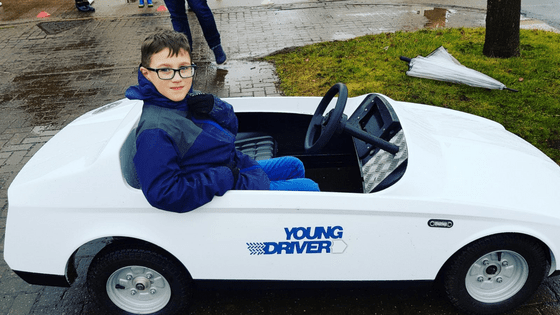 Freddie has had his first kids driving lesson……

I had heard of children learning to drive before 17 and having taster sessions as my step son drove a Lamborghini when he was 13. But 8!! I never thought this was possible. Well in fact they start at 5 at Young Driver. The kids driving lessons are just fantastic and a great way for kids to learn about road safety.

**Disclosure – there may be affiliate links in this post**

Whether you’re driving a car, riding a motorcycle, or biking, one of the most important aspects of driving is learning good habits for sharing the road with bikes safely.

The clever people at Young Driver have created a car specifically designed for 5-10 year old’s to drive. See for yourself here! The cars, named firefly, are two-seater and have adjustable seats, so perfect for all sizes. There are no doors so you have to climb over the car. This was absolutely no problem for any of the children as they are very low to the ground.

As soon as we got there, Freddie got in the car with one of the instructors. There was one instructor per car for the kids driving lesson. He was told how the car worked and how to put it into reverse and turn the wheel. They did a couple of laps before Dad jumped in the car with him. He easily had a good 20 minutes in the car.

The car can do up to 10mph and the children drive around a specially designed course with one of their parents.

There is a straight road plus plenty of bends and turns. As there were two fireflys operating on Saturday, Freddie had to give way and be aware of the other driver as well. Which only improved the reality of an actual kids driving lesson.

If you are looking for other great experience gifts check out our post.

There are 9 sites across the UK that take bookings for young drivers for 5-10 year olds. The price of each lesson is £19.95 for a 20 minute session, 5 minutes of training from the instructors plus 15 minutes with your parent.

After the 20 minutes were up Freddie got his very own driving license, which he had to sign. He was very proud of himself, although now of course thinks he can drive on an actual road!

Now Freddie absolutely enjoyed his experience, which is all I care about. However, there were a few issues (which did not affect his enjoyment by the way) that I had.

Although there were indicator lights. These were just for show (it would have been nice if the children were shown how to indicate).

The tablet based dashboard didn’t work it was just a black plastic screen. So the children had no idea of the speed they were doing or the time. Which I think is meant to be the idea behind the screens. Apparently, they show the speed and time similar to a normal car, but either they don’t or the 2 cars at Warwick were faulty.

But aside from these negatives, which according to the website the cars can do, Freddie absolutely loved it. We went to friends for lunch the following day and he couldn’t wait to show his friends his new driving license!

The only negative remark would be it was all outside. We were lucky and the time we went it had stopped raining. If it had been raining though we would have carried on regardless with umbrellas! They are planning on getting inside facilities, but at Warwick certainly, it is all outside. As the cars are convertibles this would not be an ideal experience in the rain.

I asked Freddie what he thought about his kids driving lesson on the way home. All I got was it was “sic!” Now as we are of a different generation we had to check that he actually wasn’t poorly, but he assured us it meant it was great!!!

Last Updated on 8 October 2021 by homeschoolof1 Spread the love  7      Online classes are a big part of our homeschool week, I just can’t teach everything! Especially as we head towards middle school, even math is getting more and more challenging, and with science, I was struggling in elementary grades! So we have been using online classes for a long time. I understand this…

Spread the love  249      Christmas is soon to fill our houses with endless toys that are played with for like 5 minutes! So why not this year go for a gift experience? There are so many awesome experience gifts for kids that they will just love. There will be no waste this Christmas, just super happy faces,… Spread the love  555      Teaching kids to code at a young age helps children solve everyday problems, and is crucial to their education. With cars being able to drive themselves already, and kids having so many toys orientated towards electronic gaming it is almost impossible to avoid it. This Osmo Coding Starter Kit for kids is the… 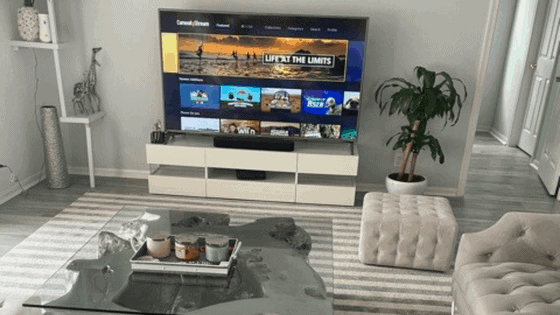 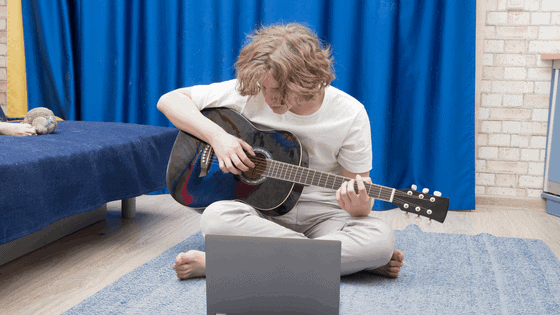 Spread the love  7      With what has happened over the last year, it has been more and more important for us to find GOOD live online classes. Luckily for us, we already homeschooled, so apart from a few tutors and basketball practice our lives didn’t change too much. We didn’t (couldn’t) want to invite people into our… 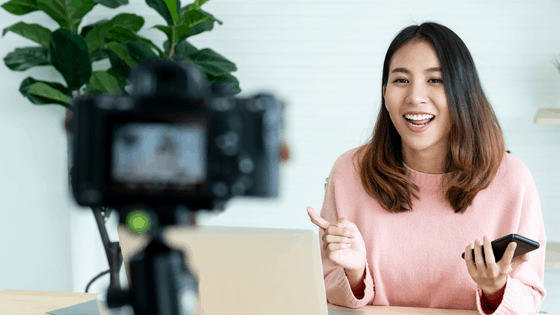